The following books are available from nonsda.org 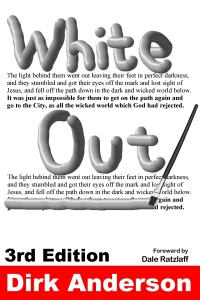 The third version of Brother Anderson's popular myth-buster White Out! This fully documented book exposes the secrets surrounding the disappearance of Mrs. White's errant writings! Have you ever wondered why the following have strangely vanished from her writings... 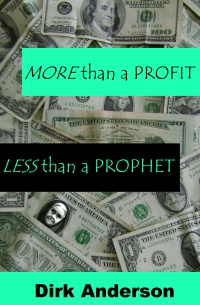 This book shatters the myths about Ellen White, revealing where she obtained her health message and how she used her writings to amass a fortune. It shows how she publicly forbid others from eating meat, and from drinking tea and alcohol, while secretly she did the opposite. Likewise, the leaders of today's Adventist institutions pay homage to Ellen White with their lips while they quietly plot a course contrary to her divine instructions. 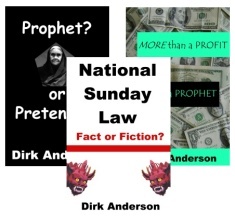 More than a Profit, Less than a Prophet
National Sunday Law: Fact or Fiction?
Prophet or Pretender? 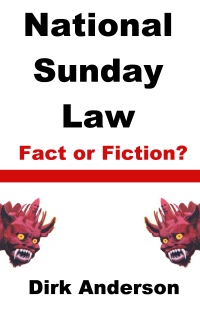 The National Sunday Law. It is the ultimate conspiracy. As the story goes, wicked Christian leaders unite in a fiendish plot to murder all the Seventh-day Adventists who refuse to join them in worshipping on Sunday. Just in the nick of time, Jesus returns to save the holy Adventists and rain brimstone down upon the evil Sunday-keeping Christians.

Sound like a bizarre piece of fiction? Amazingly enough, there are those who claim this scenario came from Bible prophecy! Does the Bible really teach this treacherous conspiracy? Or is it a cunning deception hatched by a group with their own agenda and foisted upon unsuspecting Christians to coerce them to join God's true remnant church? 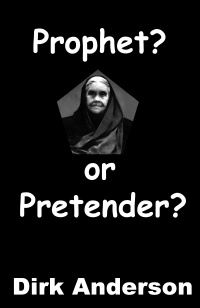 Jesus never promised a true prophet would appear in the last days. Instead, He said false prophets would arise who would deceive, if possible, the very elect. Was Ellen G. White a true prophet or a pretender?

This book compares the life and teachings of Seventh-day Adventist prophet Ellen G. White with the seven Biblical tests of a prophet. Examine the evidence and judge for yourself. 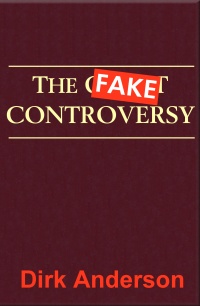 It has been extolled as "God's final message to the world" and the "truth for the end of time". The author, Ellen G. White, prophetess of the Seventh-day Adventist Church, claimed divine aid in writing the book.

Is this book, like the Bible, a divinely inspired writing, the product of visions and angelic communications? Or is it a cleverly disguised fraud, pieced together from the writings of others, contradicting both the Bible and known historical facts? Does the Great Controversy paint an accurate picture of history? Or does it rewrite history, slant the facts, and blur reality in order to promote a group's hidden agenda?

Beware! The answers may blow your mind!

The following books are NOT sold on this web site

The links below will take you to other web sites

Be sure to visit this site where you can find many books on Ellen White and Seventh-day Adventism. Below is a list of books available from this web site that Brother Anderson highly recommends:

This book explodes the myths surrounding Ellen White and her health reform visions. Find out the real sources for Mrs. White's health messages. Written by former Loma Linda professor of Medical History, Dr. Ronald Numbers. A must read for any Seventh-day Adventist serious about learning the truth about Mrs. White.


This book candidly examines Seventh-day Adventist history and doctrines. Beginning with self-appointed prophet William Miller who convinced over 50,000 New Englanders that in1844 Christ would come again in fiery judgment. Then the birth of Adventism as those who explained that Miller had misunderstood the prophecy and judgement had begun not on earth but in heaven. The book explores SDA prophetess, Ellen White whose “visions” urge their members to proclaim that in end-times all Christians worshipping on the first day of the week will receive the Mark of the Beast, then hunt down and torture Adventists. The book thoroughly documents the history of Sunday church services to disabuse member’s belief that those who worship on Sunday are disobeying the fourth commandment. 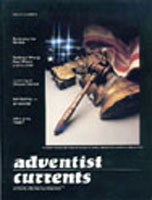 To order all back issues of Adventist Currents for $50, click here

The Power of Prophecy : Ellen G. White and the Women Religious Founders of the Nineteenth Century

Paper copies are available from University Microfilms (UMI). To order online, go to the following web site and enter the order number 8316961: http://disexpress.umi.com/dxweb

Rare used and out-of-print books by Ellen White and other early SDA pioneers: